Your browser does not support JavaScript. Are you using Netscape or something?! Testimonials | KW Solar | Houston Solar Installers, Serving Texas & Gulf Coast

Literally DOZENS of people have experienced the joys of working with KW Solar.

If you're one of the lucky ones to discover us, spread the love!

“The installation crew was quick and professional. We felt that the crew leader gave us timely updates and kept us in the loop on what was happening. The patio build and panel installation moved along quickly and smoothly under his oversight. He was very easy to work with.”

KW Solar installed our Solar equipment and it was a real pleasure to work with them. We were informed all the time about the stages of the process and then installation time was wonderful. The crew came home and we barely notice them. They explained everything that was going to happen on that day and followed thru precisely on what they explained. Once they completed the installation they took the time to go over the equipment description, functionality and what to expect next. We highly recommend this company for any type of Solar Installation. 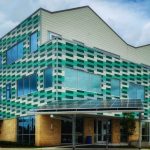 “The whole process was very transparent and easy. The entire company was honest, earnest, and professional. From pricing to install, the experience couldn’t have been more pleasant. But even better than that? I’m saving so much money now that I’ve gone solar!”

I’ve had my solar system for about 12 months now. One word can sum up my experience: awesome! I was very impressed with the crews that did the install. They were hard working, knowledgeable, and meticulous in their craft. No shortage of trained personnel in their organization. My system was designed to supply about 75% of my electrical consumption. It’s done at least that, probably more!

“Now that I’ve had over 4 full months with the system enabled, I say without hesitation that it was totally worth it…They delivered on all promises and exceeded my expectations when all was said and done.”

“The installers were very detailed – I even checked to make sure all lag bolts hit rafters, which they did. At one point, the electrician spent probably an hour or more on one complicated conduit bend so that it would be atheistically pleasing. No wires were left hanging, which I have seen on a few solar installs in my neighborhood.”

“They made the whole rebate process easy (i.e., I just signed some forms they provided me, and then they handled it all with the City on my behalf… easy), and they also made the HOA approval process easy (other companies kind of suggested it was my obligation to navigate that process).”

“The project was well done from day one. When providing us with the estimate the project engineer was able to provide us with a business case that showed us how quickly we would earn back our investment in the system. We appreciated how knowledgeable he was – it was clear to us that he was truly enthusiastic about solar PV and wasn’t just trying to ‘sell us.’ As others…have reported, we are getting even better performance from our system than they estimated.”

We purchased a solar system from KW solar in July 2021 so it's now been 7 months since the system was turned on.
No issues so far. It's been working without any faults at all since it was turned on.
KW predicted that the system would generate 8056 kWh between Aug-Feb and they actually produced 8136 kWh so the KW solar prediction was pretty much spot on which is great to see.
Regarding the installation, everything went very smoothly. It does take a bit of time to get the permits but KW solar were upfront about that and the system was installed and operating to the schedule they gave us before we signed the contract. Installation itself took 1 day and I'm impressed with how neat and tidy the system looks on the roof. Other companies designs that we considered would have run more conduit on the outside of the roof but KW solar's design has the majority of the cables inside the attic which I think is better from both a looks and longevity of the system perspective.
Would definitely recommend KW solar to others.

Read All 25 Reviews
Add Your Review

KW Solar designs and installs solar systems in Houston and beyond. Here's proof!